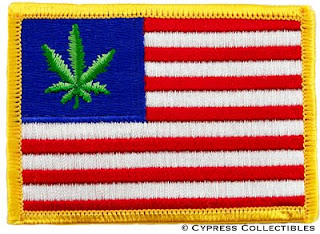 I'm not the first one to think of it, but I'll post it anyway.

Obama,if you're really serious about getting our economy back on track, consider legalizing marijuana, regulate it, and sell it through some sort of State or Federal run store, much like state liquor stores. According to 2006 estimates, it's a 35.8 billion dollar domestic industry. And it doesn't look like that figure includes all the Canadian bud making it across the border.

This would accomplish a number of things:
Way more info from NORML

I've had a little more time to play with the Apex DT502.  Here's my take on it:
Manual Tuning
A number of reviews say that this device cannot tune channels manually.  Maybe I don't understand digital tuning, but is seems that it can.  Here's the process:
When it is turned on for the first time, it scans for all channels, and automatically adds them.
You can then go into a menu and remove channels that it has found manually that you don't want.  You can also add or subtract channels from your favorites list.  The removed channels are still in it's memory, you just won't see them until you reactivate them.
In my area (North Seattle), it found 18 channels.  Of those, 13 have a pretty darn strong signal.  The other five (Ion, Qubo, Ion Lite, Worship & Ion W) I decided to remove from the list, as 1) the reception was really bad and 2) from what I saw, I wouldn't want to watch those channels anyway.
Of the remaining 13, there were 8 that I really liked (KCTS Create is awesome!  Seems like nothing but Bob Ross & other cool people hosting "How To" shows).  I made these my favorites.  There are two sets of scroll buttons; one for all channels & one for favorites.
So, I went from 4 channels to 13, and doubled the channels I like.  Not bad at all.
Screen Zoom
For whatever reason, some channels have black borders on all edges of the image.  That is lame, but not nearly as lame as when I watched Battlestar Gallactica (1970's version) tonight, and there were bars on the sides of it, with a squashed image (everyone looked like coneheads).  Later, on the same channel, a different program had the opposite problem, it was stretched too long.
I think most of these problems are coming from the broadcasters.  The screen zoom function is supposed to fix this, but on every station, it said that the zoom option was not available when I tried to use it.
Other Stuff
It also has parental control options.  I didn't use it yet.
In general, it's a great box so far.  For more details between it and the other box offered at Best Buy, make sure to read my previous entry.
Posted by TMC at 1:40 AM

So after my daughter & I left Circuit City with no $250 40" LCD TV with built in digital tuner (darn!), we headed over to Best Buy to buy a digital converter box. Too bad my government coupon expired, but I needed to get one soon.
They only had two models to choose from, the Insignia NS-DXA1-APT  and the Apex DT502.  Their website also sells the Apex DT250, but from what I've heard on the web, it's reception is poor.
OK, here's the plusses & minuses of both boxes if you have to choose between the two:
The Insignia has channel up & down buttons on the box, should you have an unhealthy aversion to the remote control, but only RF out (the single round plug thing with the hole in the middle that outputs sound & TV signal.  Also called Coaxial).  It costs about $60 at Best Buy.
The Apex DT520 doesn't have any buttons on the box other than power, but has Coaxial, Composite (also known as RCA) and S-Video out.  It costs about $50
So, ten bucks more for two buttons on the box, minus higher quality outputs.  I got the Apex.  I've heard it's reception isn't the best, but I plugged it into my Radio Shack Picture Frame Antenna (which for $16 got seriously great reviews) and I went from getting about 4 non-digital channels with crappy reception to well over 10.  This is in North Seattle, so your milage may vary.  I now get a couple of Spanish stations!  Now my three year old daughter can learn a second language by watching soap operas!  Right?
So far, I dig the Apex (tried it once so far).  Setup was easy.  It doesn't mention in the manual how to hook it up to your VCR.  But yes, it works just fine.  In case I'm not the last person who hasn't ditched their VCR, simply plug our antenna into the DT502, then the DT502 into your VCR & your VCR into your TV.
As all my other TV inputs were already taken up with other stuff, I ended up using the 'crappy' Coaxial output.  It was SO MUCH better than when I had an analog signal.  I'm sure the s-video & RCA outs rock too.  I'll probably never know, because the next TV purchase I make will probably come with a digital tuner, or just be connected to the interwebs somehow in the bright future of tomorrow.
The main thing I can't figure out yet is the zoom feature.  Apparently, some channels in digital have a black border around all edges.  I noticed this on a couple channels.  This box has a zoom feature, but when I pressed the button, I got a "cannot zoom this image' prompt on the tv screen.  Not a big deal; all the major channels are zoomed or are letter boxed.
There's a bunch of features, like "favorites" that I haven't tried yet, but so far, so good!
Posted by TMC at 7:30 PM

My daughter and I went to Circuit City, so I could teach her the fine art of vulture consumerism.  But alas, there was no lesson there for her, except that big subwoofers make scary sounds when attached to DVD players playing horror movies.
Here's the lowdown:
Ummm, that's about it right now.  I'm sure prices will fall more over the next few days/weeks, but then it'll be only dregs.
Some other shoppers at the store said that their friend in LA went to a Circuit City & most things were 75% off.  Probably a nightmare there too.
The Circuit City website alludes to each store's liquidation being managed locally.  So prices may vary.  At least none of us got trampled to death while we were there :)
Posted by TMC at 7:18 PM

This was my day today:
We went to Target to get a TV Converter Box.  As I've been hearing, our old Tube TV won't be able to receive a digital signal in mid February, as we don't have cable TV.  I had finally found the $40 off coupon that I ordered from the government a long while back.  I wasn't planning to use it until a few weeks before the switchover anyway, so I wasn't too concerned.
However, when we got there, I realized I left the coupon at home.  So we went all the way back home, I grabbed the coupon & headed back on my own.  Once I got the the cashier, she scanned my card, and then told me that it had expired.  In October of last year.  I asked if the manager could come by & approve it.  She looked at it, came up with a canned & very dry apology saying she could not.
When I read the paperwork of the coupon, it said that it is only valid for 90 days.  My bad.
So, I drove home with no converter box, and then applied for a new coupon.  And as I had feared, the government has run out of funding for the coupons.  So much for me getting my coupon early to avoid the rush!
Anyway, if you haven't gotten your $40 off coupon, you can sign up on the waiting list here: TV Converter Box Program
If nothing else, the government employee who designed the website and did all the graphic design on the coupon itself did a very nice job.
Posted by TMC at 6:59 PM

Anyone know the MPG average for new cars since they were created?

Survivor Left Blogistan: Gas Mileage: Back To The Past
So, I was watching some Donald Duck cartoons from my Christmas gift: The Chronological Donald Vol. 4, 1951-1961, and there was a bit where Donald won a car that got 25 miles to the gallon (in 1951).  Not knowing if it was an exaggeration, I did some research, and found that some cars of that era got that mileage!
Check out the above Blog for scans of old ads of the time.
I've found one graph that showed gas milage from the early 1970's to the present, but I'd really love a graph that showed milage since the inception of the automobile!  It would be great if it had the highest & lowest milage for each class for new models of each year.
I'm also interested in if any additions to cars have helped or hurt overall mileage (catalytic converters, types of engines, etc)
If there was a big gain or dip in any given year, I'd like to know the root cause.
So, if you have heard of any such graph, please let me know where I can find it!
Posted by TMC at 6:57 PM