Helping a Neighbor with 3D Printing

My neighbor has an aquarium that just seems intent on sharing its watery insides with his floor. They already had to replace the floor once because of it, and just the other day, it failed again. Had no one been home, it would have cost them their new floor!!

The problem was the clips that hold a piece of glass over the top. They were too short and the glass can fall inside, messing up the pump.

So, they asked if I could make a replacement. Here’s one of the four clips: 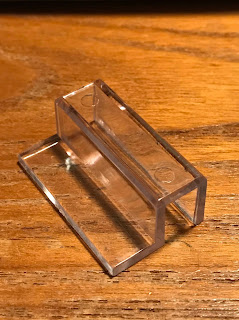 That lip in the is just a little too short. Since I only have PLA handy right now, I want to make sure it could hold the (about one pound, I’d later find out) piece of glass. So, I over engineered it:

I first took measurements with calipers, drew out the current one, and came up with some options to prototype: 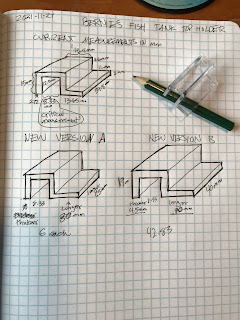 This was a very simple design, so I made two versions in Tinkercad. It's a free website where anyone can create all sorts of simple models. 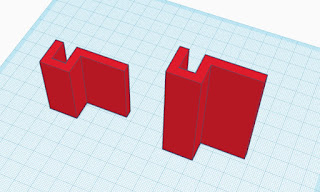 I made this design simply by making a larger box, adding two 'hole' boxes and then grouping them together.

I took the models into a beta version of Cura to slice them. The beta version is designed to make stronger pieces by adjusting the infill thickness (I used Chep's 4.12 setting profiles) 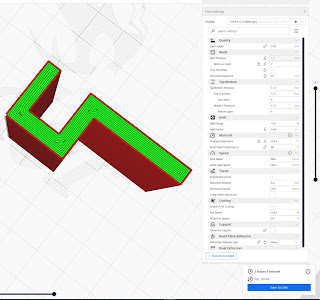 Here’s the results. They are a lot thicker than the original, by design! 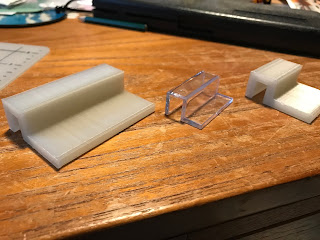 I took the smaller of the two and decided to stress test it:

25+ pounds had no effect for about three minutes. The last photo is a 50 pound solid piece of metal that I’ve used as a makeshift anvil! I tested for about a minute. I would have gone longer, but I needed to help balance it, and I wasn’t wearing steel toed boots!

While these pieces won’t be submerged in water, I decided to coat them with acrylic anyway to help keep moisture out. I plan on making PETG replacements soon, and this material is stronger and handles water and UV better, but wanted them to have something they could use now.