I present, the Cornicello Caster!

I don’t know when the bug hit, but it did. Maybe it was because it was over 30 years a guitar of that was held together with scotch tape was within my home and it was time to rectify the situation. Maybe it was because my daughter will be starting a guitar class soon. No matter. Time to repair. We can make it better, stronger, faster, and in under a million dollars. And maybe learn some soldering along the way. A Brother suggested I join an amateur luthier group. They were helpful, and turned me onto equipment I hadn’t heard of before. Like, the free-way switch, which increased the pickup combinations from 5 to 10 options. Surely I could increase that count. Between it, a dual gang pot, a push/push pot, and a phase reversal switch, I was able to bring that count up to 23!

It needed a new pick guard. My friend, John Cornicello, provided me with over 100 abstract bubble film photos to choose from. It was incredibly hard, but I finally found the right one to print on top. Printing courtesy of Carmedon.

The wiring was complex, and I made even more so by adding screw terminals to pretty much everything. This will need to be redone, as the contacts inside are not as solid as if they were soldered. 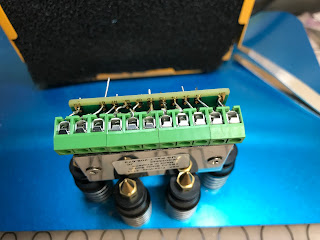 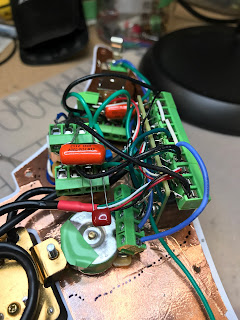 Of course, why stop with one pickguard, when you can do three? Here’s the original, repaired (now with the entire top covered in acetate) 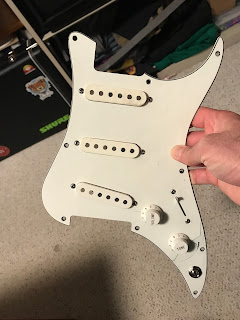 And, here’s another. It originally was going to hold Lollar Imperial pickups, but those are now slated for a new project: 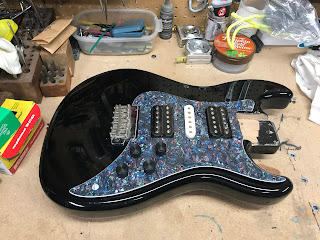 The middle pickup will also be black (and super high output!)

This will be done ‘soon’, but after I finish my next guitar, a telecaster with Lollar humbuckers that is coming together nicely (thanks Rebirth Guitars for the body!)